The word “Baptist” has some pretty negative connotations these days: judgmental, killjoys, legalists. Those just don’t describe First Baptist Church of Pendleton. As true Baptists, we hold fast to our radical past insisting on the five freedoms Baptists have always affirmed:

SOUL FREEDOM: Our ministers help us discover God in our lives, but they have no special access to God that is unavailable to others. Likewise, we believe that every believer is called to be a minister. One of the ways this is demonstrated in our church life is the role of women in our church. Following the Bible when it proclaims that “In the last days, God says, I will pour out my Spirit on all people. Your sons and daughters will prophesy…” (Acts 2:17) and following the early church’s example of women Deacons (Phoebe in Romans 16:1) and apostles (Junia in Romans 16:7), women are free in our church to follow God in any call, including the diaconate or pastoral ministry.

BIBLE FREEDOM: We believe in the authority of the Bible. As the Word of God, it is the very center of both church and individual life. Rather than being used as a tool to control others, it frees us to live abundant lives as God intends. We  expect our members to interpret and apply God’s word to their lives under the leadership of the Holy Spirit. We do not expect uniformity in our members’ Biblical interpretations, but rather trust God to help us  grow as we challenge one another with varying interpretations.

CHURCH FREEDOM:  As a Baptist church, we are not controlled by any denominational office. We govern ourselves while always seeking to follow God’s will for us as a church.  Our primary denominational affiliation is with the Cooperative Baptist Fellowship.

RELIGIOUS FREEDOM: Baptists began as a persecuted minority. The first call in history for Separation of Church and State came from an English Baptist named Thomas Helwys in 1612. Religious freedom had its beginnings in the United States when a group of Baptists insisted that it be included in the first amendment to the Constitution. We believe that Christians are called to pray for and be involved in issues related to politics, but we are never to force or otherwise attempt to legislate our beliefs on others. History proves this to be disastrous to the church and counter-productive to evangelism.

HUMAN FREEDOM: We believe that Jesus came to set all of humanity free from sin. All who accept his gift of freedom receive it, for this life and forevermore. We therefore believe that God created all humans to be free in body, mind and soul. When Baptists are at their best, they work tirelessly to secure freedom for those in physical, emotional or spiritual bondage. This is expressed in our church life by our commitment to evangelism and missions. In addition to our funding of numerous mission partners, since 1997, we have had a “Hands-On Missions” fund which enables us as a congregation to get involved in evangelism and missions in a hands-on way. 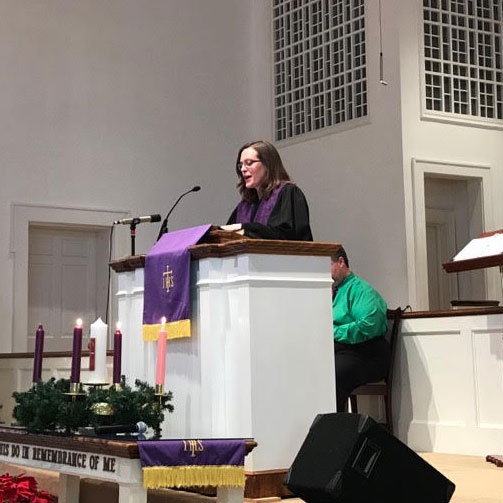